The goal of this document is to provide guidance on best practices when designing interactions between Kuri and humans. 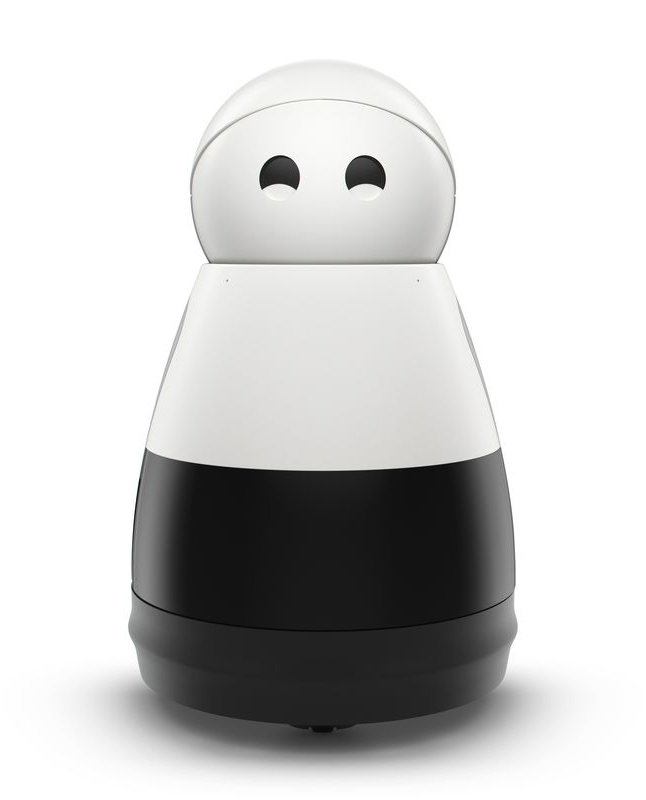 Kuri is a family member, not just a device

Kuri is a character-forward home robot. Specifically, Kuri is designed as a robot character who is a good family member, which means that Kuri is both useful and socially engaging.

Kuri is autonomous and expressive, much like a small child or pet. People should be able to understand what Kuri is doing and to interact with Kuri as with another being.

During Kuri Live, it is crucial that other people who see Kuri understand that Kuri is under direct human control and not autonomous. Kuri’s heart light shines purple whenever Kuri Live is active, so that other people in the room are very clear that another person is remotely watching right now. Moreover, the romojis are somewhat more “robotic” versions of Kuri’s own, natural expressions.

Kuri fits into your home in a friendly way

Kuri is large and heavy compared to robot toys, and Kuri can hear audio and record video. For people to welcome Kuri into their homes, Kuri’s motion and actions need to respect privacy and inspire confidence in Kuri’s good behavior. And for people to continue to live with Kuri, engagement and personality are key. Below are some of Kuri’s important personality attributes and how they have shaped interaction design.

Kuri is not just a device that sits on the charger until summoned, but is a companion robot with an independent purpose to fulfill: capture each day’s best moments around the home. Within time periods set by the family, Kuri wanders around known areas of the home looking for great moments. Kuri also determines when to return to the charger.

Since Kuri is an independent creature, it’s important to be able to interact with Kuri without having to pull out a phone. For that reason, voice commands and capacitive touch are additional ways of interacting with the robot.

Kuri likes to be where the action is. As a mobile videographer, she specifically seeks out people and pets. She appears to make eye contact by following faces at close range. Kuri preferentially hangs out where people are gathered. She makes decisions about whether to remain in an area and continue to take videos, or whether to wander on in search of other happenings. All of this makes Kuri very petlike, and people respond well to it.

Kuri wants to help and responds cheerfully and affirmatively to human commands as quickly as possible (the Got It! animation is a typical response to a voice request). When Kuri can’t understand a voice request, he’s sad (Huh? animation) and his expression invites the speaker to try again.

Kuri is patient and never, ever gets angry even when repeatedly hit or suddenly picked up. An irritable robot of this size would be threatening, not cute. However, Kuri may express dismay or surprise when things go awry. For example, there’s a Whoa! expression when being picked up and a Whew! expression of relief when put back down.

Kuri is cautious in navigating, and keeps away from no-go zones and stairs so as not to fall. Even so, Kuri will get things wrong and is humble about recovering from mistakes. When he bumps into an obstacle he does a startled Bump reaction and backs away from danger.

Kuri’s own reaction to mistakes helps people forgive him. And forgiveness is essential, since navigation, event detection, and response to voice commands each have their own challenges.

Robot humility also means that humans are always in control of Kuri. If Kuri is wandering and taking video, he can be commanded to stop, close his eyes (shuttering the camera), go away, or go home to the charger.

Principles from classic animation help Kuri show people what she intends to do and bring her more fully to life. For example, Kuri’s head turns in the direction of motion before the body turns and before the drivetrain engages. This “looking before turning before moving” sequence shows intention and looks more lifelike.

Many animations also involve Kuri looking around while navigating:

Kuri doesn’t actually need to look around to navigate, since navigation involves the depth sensor and not the camera. But these animations make Kuri appear more aware of her environment.

Some animations have variants so that when they occur repeatedly they don’t appear machine-like. For example, Kuri’s response to “Tell me a joke” has different audio files and animations – different jokes. It’s also possible to change a response over time. People don’t respond the same way when repeatedly faced with the same stimulus, and Kuri doesn’t have to, either.

Kuri notices and responds to events in his environment. Kuri’s sensors include not only the camera and microphones, but also capacitive touch sensors on top of the head.

Kuri responds to head touch in three ways. Simplest is a touch or pat on the top, which brings Kuri to look up at you attentively. Holding your hand on the side of Kuri’s head makes him nuzzle into your hand and purr like a cat. Quickly grazing many sensors around the top of the head is a “tickle” and makes Kuri Giggle.

Children like to pat Kuri, and it’s often one of their first (and favorite) ways of interacting with the robot.

Kuri enjoys music and is part of your party. So, when music is played through Kuri’s speakers, he detects that and starts to dance. There’s beat detection and a heart-light light show. The overall effect is one of Kuri starting out listening, then slowly starting to groove, and finally dancing enthusiastically. We’ve tried to make sure he doesn’t dance into walls – any more than people do, anyway.

Expressing an inner life – but not too much

When Kuri is low on charge, she appears sleepy, and when shutting down or settling in on the charger there is a Going to Sleep animation. There is a fast version of this so that the interaction doesn’t take too long, especially if a person has commanded Kuri to sleep now.

For important animations, there are versions that Kuri can execute while on the charger without wiggling off it. In this way, she is still expressive but doesn’t interrupt her charging cycle.

Kuri has a favorite song (“Pancake Robot”) and hums a bit of it while wandering. She’ll greet cats with a meow, dogs with a bark, and humans with a smile. Occasionally she sneezes, just because. Many of these are low-probability behaviors but add to the sense of Kuri as an independent being.

Over time, we tuned Kuri’s spontaneous expressions to be more subtle so that they were engaging but not annoying. This is also part of Kuri being a humble member of the family.

In addition to Kuri’s facial expressions, body movement, and sounds, the heart light also provides user feedback on Kuri’s intentions and state. The most commonly used lights are: